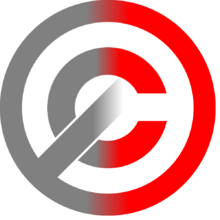 Grand Theft Auto, or GTA, is a long-running series of videogames, published by Rockstar Games and developed by subsidiary companies owned by them. The game was originally developed and published by DMA Design and BMG Interactive (a subsidiary of BMG Records).

There are currently nine games in the series, with a further two expansion packs for the original.

There has been a massive amount of controversy over this series, which peaked with the discovery of some removed sex scenes in San Andreas. The Hot Coffee mod and subsequent uproar gave Rockstar Games a huge amount of press attention.

Wikipedia has an article on:
Grand Theft Auto (series)

Individual games in the series can be categorised into different 'eras', depending on the number after Grand Theft Auto and/or the graphics engine used.

In this era we see the original game, and the subsequent two expansion packs featuring missions in 1960's London.

This era contained just GTA2, which featured an improved graphics engine and a different style of gameplay.

It is generally believed that the GTA III Era has been completed, and there will be no more official expansions on the characters, storylines or engine. However Modifications and Fan Fiction continue to build on these.

There is also the possibility of a second part to GTA IV, like GTA Vice City did after GTA III. Alternatively a new engine may be produced and Rockstar could jump straight to GTA 5 / GTA V.

Grand Theft Auto has one of the largest fan bases of any game franchise. Because of this, there are many dedicated fan sites, and lots of large communities. One of the most popular activities fans like to do is modding - creating new vehicle models, skins, re-texturing of objects, and tweaking settings in the games' configuration files. Another popular pastime (since GTA III) is stunting - the act of performing stunts with in game vehicles, and producing compilation videos, sometimes themed (such as aircraft only).

Some of the more creative members of the community, in terms of literacy, enjoy writing their own Fan Fiction - stories based on events which follow on from, or are based around events which happen in the games.

The List of GTA Forums attempts to list all of the large communities, and demonstrates just how big the community as a whole is.