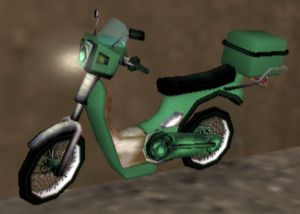 In the PlayStation 2 version of the game, a bulletproof Ventoso can be purchased by picking up a icon next to King Knuts in Downtown for $2500.

Retrieved from ‘https://www.grandtheftwiki.com/index.php?title=Ventoso&oldid=37172’
Categories:
Cookies help us deliver our services. By using our services, you agree to our use of cookies.