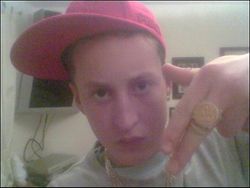 Ryan Chinnery, born in 1988/1989, is a British criminal convicted on November 7, 2008 on charges of attempted rape and grievous bodily harm, which resulted in a broken arm for the female victim. Chinnery, nineteen at the time of his arrest in 2008, He was sentenced to eight years, with a recommended minimum of four eyars. He had began his crimes in 2007 aged seventeen, although the two crimes named previously were commited when he was eighteen. The Grand Theft Auto series of games was said to have influenced his actions, with Judge Philip Statman criticising the role of women in the series and stated that the video games "cannot have helped him in all the circumstances of this case".