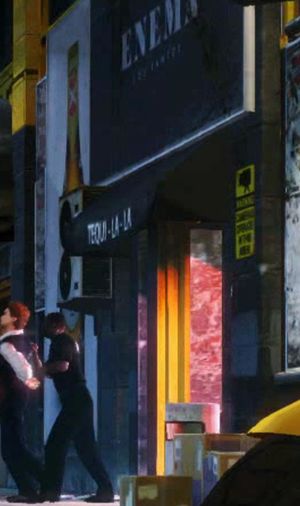 Enema logo seen on billboard in trailer for GTA V.

Enema (also known as Enema Los Santos or ENEMA) is a clothing company in Grand Theft Auto IV and Grand Theft Auto V. The brand is named after an Enema which is like a play on the idea of being thin in fashion (as Enemas can be used for the purpose of shedding excess weight) similar to other brands such as BULL EMIC, Anna Rex and Sizero. It is likely based on the real life MANGO clothing line, which makes clothing for young, urban woman.

An Enema billboard can be seen in the trailer for GTA V.

Retrieved from ‘https://www.grandtheftwiki.com/index.php?title=Enema&oldid=402461’
Categories:
Cookies help us deliver our services. By using our services, you agree to our use of cookies.