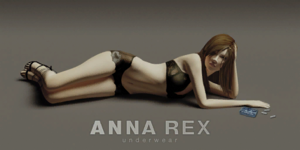 An advertisement for Anna Rex 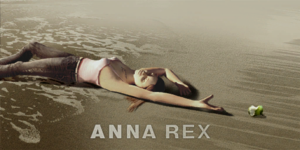 An advertisement for Anna Rex

Anna Rex is a clothing company in Grand Theft Auto IV. Advertisements for the company is seen all over Liberty City. It is featured in the in-game website www.peepthatshit.com in the "Street Fashion" section. The name of the brand is derived from anorexia - an eating disorder. The name can also be a parody of stores such as Anne Taylor or Lane Bryant - both are names, however, Lane Bryant is a plus-size store.

It also returns in the upcoming Grand Theft Auto V, as seen in the released artwork, as a large jewlery store that the protagonists rob disguised as Bugstars employees.

Retrieved from ‘https://www.grandtheftwiki.com/index.php?title=Anna_Rex&oldid=402312’
Categories:
Cookies help us deliver our services. By using our services, you agree to our use of cookies.