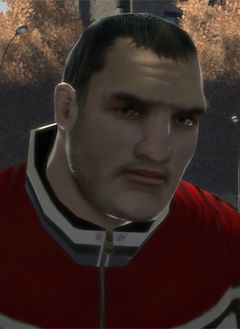 Kalem, at an unknown time, joined the Albanian Mob and began to work with Dardan Petrela and Bledar Morina, working as loan sharks in Broker, Liberty City. The three loan money to Roman Bellic and later begin attacking Roman at on a basketball court in Firefly Projects. Roman's then phones his cousin Niko to ask for his help and he arrives, quickly beating up both Morina and Kalem, before chasing Petrela. The player can kill Kalem, Morina and Petrela, although it is not compulsory.