ZiT is a music identification system available via the cell phone in Grand Theft Auto IV, similar to the real-world service Shazam.

This system allows players to identify any song currently playing on their car radio (or a radio located in the environment, for example in the player's safehouses) by dialing ZIT(948)-555-0100 while inside the car. An automated message from Lazlow will ask to let him hear the song. After a few seconds, the phone call ends and, seconds later, the player will receive a text message providing the name of the song and the artist. If the player calls when a song is not playing, the text message will inform that they could not identify the song. After the number has been dialed once, the number is saved in the player's phonebook for quick access. 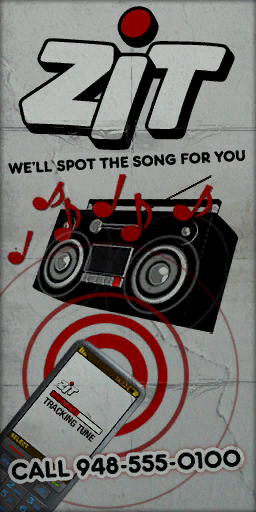 ZiT has an advertisement that can be heard in most radio stations in GTA IV.

Announcer: Isn't it annoying when you hear a great song on the radio in Liberty City but the idiot DJ doesn't tell you who it is.

Male voice: Who was that?

Announcer: Find out the artist and the name of any song on the radio using ZiT.

Second male voice: And we'll tell you what you're listening to based on a complicated listening system that also helps the government spy on you.

Announcer: And follow the instructions from our needy, washed-up celebrity.

Second male voice: So simple even a spotty teenager can do it.

Announcer: ZiT. Because we'll spot the record for you.

Retrieved from ‘https://www.grandtheftwiki.com/index.php?title=ZiT&oldid=402929’
Categories:
Cookies help us deliver our services. By using our services, you agree to our use of cookies.