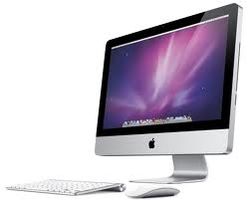 Picture of a modern day iMac. 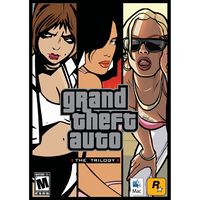 The Apple Mac, originally known as the Macintosh, is a line of computers manufactured and retailed by Apple Inc. The most common Mac computers are the iMac and Macbook Pro. Macs run on their own operating system, Mac OS, unlike a PC which typically uses Microsoft Windows or Linux.

The Mac has historically not been a gaming platform, but in the past couple of years, more and more games have been 'ported' to or created for Mac OS. As the hardware in modern Macs are similar to modern PCs, unlike older Macs which use the PowerPC platform (and are therefore significantly different compared to ordinary PCs), gameplay is no longer significantly different between the two platforms. Some alterations to the game are required to suit the Mac's keyboard layout and different system software.

Rockstar and Take Two first released a Mac version of the GTA III Era trilogy in 2010. This was later made available through the Mac App Store, and then through Steam in 2012 [1].

Unlike the PC version, there is less community mod support for the Mac. To achieve full modding ability, the best solution is to install Windows on a Mac (through Boot Camp, Parallels or Fusion), or use a compatibility layer such as CrossOver Mac to open or edit such files.

The following GTA games have been released for the Mac

Wikipedia has an article on:
Apple Mac
Retrieved from ‘https://www.grandtheftwiki.com/index.php?title=Apple_Mac&oldid=359514’
Category:
Cookies help us deliver our services. By using our services, you agree to our use of cookies.