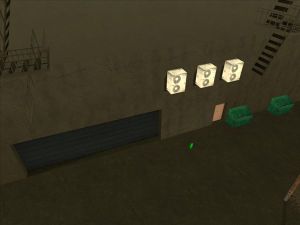 The Hashbury Safehouse is a safehouse located in the southeastern corner of Hashbury, San Fierro in Grand Theft Auto: San Andreas. The safehouse is located a few stories up from the ground floor, as viewed from the exterior. After going up a small set of stairs, the player is in the living room of the house, complete with two big sofas, a coffee table and a television. Connected to the living room is the kitchen, where the player can access the save point, and a hallway which contains a bathroom, several bedrooms and the wardrobe. Carl Johnson, the player character, can purchase the safehouse for $40,000. The safehouse has a garage that can store four vehicles.

Apart from 100% completion of the game, the safehouse can be used to store vehicles required for shipment delivery. Additionally, it may also serve as the closest saving-point for the Hippy Shopper courier mission.

Retrieved from ‘https://www.grandtheftwiki.com/index.php?title=Hashbury_Safehouse&oldid=418401’
Categories:
Cookies help us deliver our services. By using our services, you agree to our use of cookies.