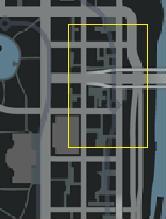 Lancaster is an expensive residential neighbourhood in Algonquin, Liberty City. It is bounded by Middle Park East along Quartz Street to the south, Middle Park along Columbus Avenue to the west, East Holland along Topaz Street to the north and by the Humboldt River to the west. The neighbourhood comprises of medium rise, expensive apartments, which are mainly inhabited by Downtown businesspeople. One of the girlfriends that Niko can meet, Alex Chilton lives in a rich apartment in Lancaster. A Terroil filling station is located on Albany Ave, Lancaster.

Retrieved from ‘https://www.grandtheftwiki.com/index.php?title=Lancaster&oldid=370389’
Category:
Cookies help us deliver our services. By using our services, you agree to our use of cookies.