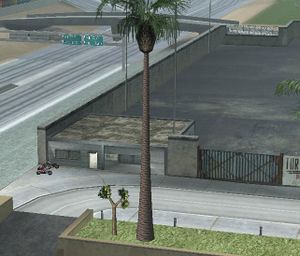 The Bike School is a school in Grand Theft Auto: San Andreas that teaches the player advanced techniques of handling a motorcycle. It is located in Blackfield, Las Venturas. It has several levels in which the player can either get a Bronze, Silver, or Gold medal. The missions are generally easy with the exception of the last one, which takes a lot of precision, and patience.

The Bike School is unlocked, along with Driving School and Boat School, after the completion of the mission Deconstruction and a subsequent phone call from Jethro. However, it is recommended that the player complete the school following the completion of Yay Ka-Boom-Boom instead, because Las Venturas is not unlocked at the time of Jethro's phone call, and the player will trigger a four-star wanted level if they venture into Las Venturas early.

Bike School does not need to be completed unless 100% completion is the player's goal.

The six tests to pass are:

Specific vehicle rewards are obtained if the player has reached either gold, silver or bronze medals in all six tests.

The scoring is very similar to driving school. This is the scoring formula:

Retrieved from ‘https://www.grandtheftwiki.com/index.php?title=Bike_School&oldid=417253’
Category:
Cookies help us deliver our services. By using our services, you agree to our use of cookies.