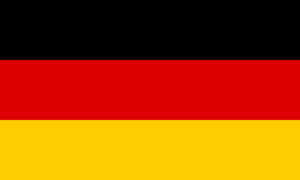 The Flag of Germany

Germany (in German: Deutschland, officially the Federal Republic of Germany) is a country in Europe with borders to Austria, Belgium, the Czech Republic, Denmark, France, Luxembourg, the Netherlands, Poland and Switzerland. Germany became a unified country on January 18, 1871. Germany split into the Federal Republic of Germany (West Germany) and the German Democratic Republic (East Germany) on May 23, 1949 following the end of the Second World War and reunified on October 3, 1990. The capital of Germany is Berlin.

Video games in Germany are rated by the Unterhaltungssoftware Selbstkontrolle (USK) rating system. A number of GTA games, following the release of Grand Theft Auto III, have seen cuts or edits to the final game. Examples include the removal of blood, pedestrians no longer dropping money when killed, the removal of headshots, and some missions and weapons being removed.

Retrieved from ‘https://www.grandtheftwiki.com/index.php?title=Germany&oldid=414678’
Category:
Cookies help us deliver our services. By using our services, you agree to our use of cookies.