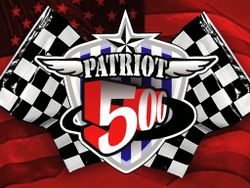 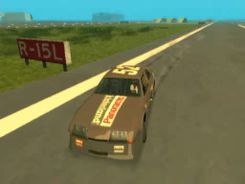 Footage from the Patriot 500 commercial.

The Patriot 500 is a stock car racing event advertised in Grand Theft Auto IV on CNT. The commercial airs before the first segment of I'm Rich and it sponsored by Patriot Beer. Patriot 500 may be a parody of Daytona 500 due to the resemblance between the logo of Patriot 500 and Daytona 500. The commercial is supposedly set at Patriot Beer Motor Speedway, but it is actually Carl Johnson, protagonist of Grand Theft Auto: San Andreas, driving a Hotring Racer on the Los Santos International Airport's runway in the gameworld of Grand Theft Auto: San Andreas. Ironically, although promoting the event, the commercial mocks the event with the popular insult to stock-car racing that all cars do is "race in circles for hours", not to mention that said drivers are "rednecks", another common insult to NASCAR fans or drivers as this is (supposedly) a sport well-enjoyed in the Southern states of the country.

Retrieved from ‘https://www.grandtheftwiki.com/index.php?title=Patriot_500&oldid=381161’
Category:
Cookies help us deliver our services. By using our services, you agree to our use of cookies.