Serbia, officially known as Republic of Serbia, is a Balkan country in Eastern Europe. A successor of Yugoslavia, it was involved into a tough civil war in late 1990s. After the war, the Federal Republic of Yugoslavia was established, with another state called Montenegro. In 2005, as the two states split, Serbia became an indepenent country. 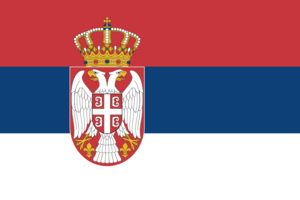 As the protagonist of Grand Theft Auto IV, Niko Bellic is from Serbia, several characters in the storyline are suggested or confirmed Serbians.

Retrieved from ‘https://www.grandtheftwiki.com/index.php?title=Serbia&oldid=379751’
Category:
Cookies help us deliver our services. By using our services, you agree to our use of cookies.