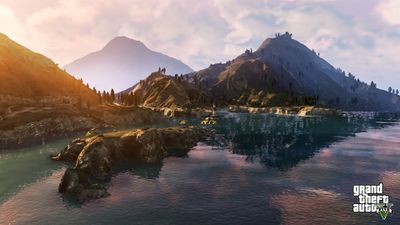 Mount Gordo is a mountain located in northeast Blaine County, San Andreas. Mount Gordo is the third and smallest peak in the county, following Mount Chiliad and Mount Josiah. On March 14, 1978, Sandy Shores residents Jock Cranley and Jolene Cranley-Evans went walking on Mount Gordo. Jolene dies, presumably after being pushed off the mountain by her husband Jock who wanted to pursue a career as a stuntman in Los Santos. The police later concluded that Jolene had fallen from the mountain and was not pushed, allowing Jock to pursue his career. Her ghost, however, appears on the mountain each night between 23:00 and 00:00, with the name "Jock" written in blood underneath her ghost. The ghost disappears when approached.