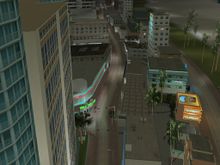 Aerial view of Washington Avenue in GTA Vice City. Ocean Drive is the road located on the right hand side.

This article is a Stub. You can help Grand Theft Wiki by expanding it.
Retrieved from ‘https://www.grandtheftwiki.com/index.php?title=Washington_Avenue&oldid=352635’
Categories:
Cookies help us deliver our services. By using our services, you agree to our use of cookies.