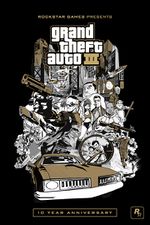 Android is a mobile operating system, installed on a range of smartphones and tablets from a number of manufacturers. It is developed by the 'Open Handset Alliance', led by Google. The system competes with Apple's proprietary iOS, which only runs on Apple devices such as iPhone, iPad, and iPod Touch.

Like with the PC and iOS versions of the series, GTA games on Android platforms support modifications, although root access is required first. Also, not all modifications are supported.

CLEO is supported on Android releases of GTA games.

The 10th Anniversary Edition of Grand Theft Auto III was released for select Android devices, alongside the Apple iOS port, on December 15, 2011. 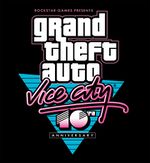 The 10th Anniversary Mobile Edition of Grand Theft Auto: Vice City was set to be released on December 6, 2012 on select Android devices alongside the Apple iOS version, but was delayed until 12 December due to technical issues which could only be detected outside of the development environment after the initial attempt to release the game.

Unlike the iOS version of the game, the Android version of GTA Vice City lacks support for cloud saving.

Wikipedia has an article on:
Android (operating system)
Retrieved from ‘https://www.grandtheftwiki.com/index.php?title=Android&oldid=414405’
Category:
Cookies help us deliver our services. By using our services, you agree to our use of cookies.