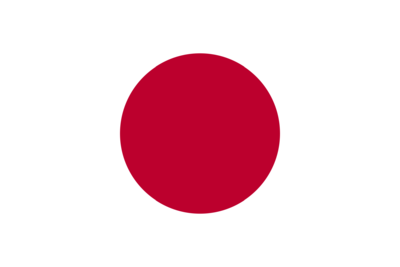 The 日章旗? or Nisshōki (which translates to the "sun-mark flag", which has been used as the Japanese flag since August 13, 1999.

Japan (Japanese: 日本) is an island country in East Asia with maritime borders to China, Russia, North Korea and South Korea. Japan was politically unified under the leadership of the Emperor through the Meiji restoration, a series of events that culminated in 1868. The current constitution came into effect on May 3, 1947. Japan's head of state is the Emperor Akihito. The capital of Japan is Tokyo, which including the Greater Tokyo Area, is the second largest single metropolitan area in the world, only behind New York City, and is the worlds most populous single metropolitan area.

Japan's media rating system is called Computer Entertainment Rating Organization (CERO), which has rated all Grand Theft Auto games as Z, which is for people eighteen years of age and older. Older GTA games were released later in the Japan than in the English speaking world due to being localised for the Japanese audience through Rockstar Japan. Capcom publishes many of the GTA games when they are released in Japan while CyberFront have also released some recent GTA games.

Retrieved from ‘https://www.grandtheftwiki.com/index.php?title=Japan&oldid=404280’
Category:
Cookies help us deliver our services. By using our services, you agree to our use of cookies.