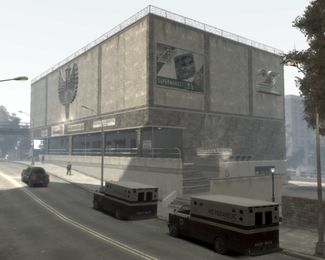 Designated a respawn point when the player dies the closest to the hospital, the Bohan Medical & Dental Center is unusual in design as it appears to be based within a complex that is also occupied by commercial businesses (including a 24/7) as well as an LCPD station on the northern side of the structure.

Like most hospitals in the game, the hospital has no interior, but features parked Ambulances to the southwest along Leavenworth Avenue, as well as a health pack behind the southern steps to the hospital.