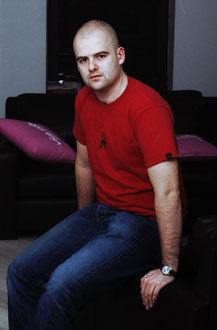 Whilst growing up, Dan and his brother dreamed of rock stardom. Hoping to become rock stars, the two went to Saint Paul's School, where they met Terry Donovan (who later co-founded Rockstar Games with them). Looking for their break, they joined BMG Music in London; and in 1993 joined BMG Music's interactive division. Houser later joined BMG's video games division, which in 1998 was purchased by Take-Two Interactive. The Houser brothers were considered by Time one of the top 100 most influential people in 2009.

Use of Grand Theft Wiki

In an interview with Gamasutra in 2011, Dan said the team at Rockstar sometimes use Grand Theft Wiki as a reference for a range of details of games from the series:

GS: I spoke with Tim Crane, the creator of the TV show Heroes, earlier this year, and even that show had so much mythology going on he said that the writers lost track. But thankfully, the fans were so obsessive they had basically put together a wiki, and the writers were pulling information from that.

DH: We do the same. I would be very surprised if anyone working on a long running thing like this that is popular these days isn't. The wiki is pretty good. For some of the older games, where I just want to remember a particular person's name or a particular brand or something, it's probably in our records, but some of the details stuff from the wiki is amazing and we love it.

Retrieved from ‘https://www.grandtheftwiki.com/index.php?title=Dan_Houser&oldid=410374’
Categories:
Cookies help us deliver our services. By using our services, you agree to our use of cookies.