The logo of the Epsilon Program.

The cult is an obvious scam, intended to gain money by brainwashing its followers into paying large sums of money, parodying real-life cults in the late 20th century. In Formage's own words, it is "a fellowship of like-minded adults who tithe money in exchange for salvation and merit badges". 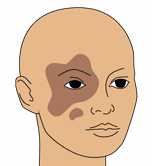 The illustration of a possible descendant of Kraff.

The main ideals of the Epsilon Program are established on their website. The religions main deity is Kifflom, and members follow his twelve tenets:

Their site contains a page about the Tract, which is expected to hold the truth about Epsilon. However, the site states that the tract has not yet been written. There is an address in Grand Canaria to send a cheque to, from which you would supposedly be sent a copy of the Tract. Grand Canaria is well known as a tax haven and offshore location for many dubious companies.

Cris Formage tells us in his wonderful book, It Happened To Us All, that the TRACT will be written when we are all ready. However, Cris is also very clear on another point - although the TRACT has not yet been written, it can still be read by those that are willing to read it. 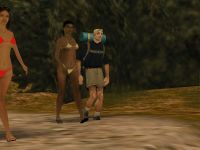 The cult's founder and leader is Cris Formage. In Grand Theft Auto: San Andreas, he can be heard on the radio arguing with Lazlow Jones and fellow con-artist Darius Fontaine.

The cult attracts many celebrities, including Samantha Muldoon, who famously converted from Buddhism to Kabbalah to Epsilon within one week, and musicians Jezz Torrent and Maccer, who both claim the cult helped them with their drug addictions.

Other followers are listed on the cult website under "testimonials":

The cult is mentioned in small talk by pedestrians in San Andreas; in particular, barbers (excluding Old Reece), and a certain kind of pedestrian commonly found around Verdant Bluffs (identifiable by his rucksack), who claim to be followers.

The Program is mentioned further in Grand Theft Auto IV: Bluesy St. John claims she once ended up spending her Thursday nights in a group that prayed to Kifflom, and the cult sponsors Chiropracticovernight.com. Brendan Roberts suggests that he is a member of the cult, as noted when he says "Kifflom" at the end of his interview on Intelligent Agenda on Public Liberty Radio.

In Grand Theft Auto V, the members Marnie Allen, Jimmy Boston and Baygor can be met in person, along with Formage himself.

The Epsilon Program seems to mostly be a parody of Scientology, a religion with a number of celebrity followers which has attracted controversy for being a "scam" or a "cult", like its GTA counterpart.

The cult is named after the Greek letter E. The name could possibly be in reference to the Epsilon Team, a Greek secret society. In the 1987 film Dragnet two cops are involved in investigating a crime. The crime gang is ran by a reverend, who has a voice similar to Cris Formage's. All members of the gang are in a cult, and perform a number of weird rituals throughout the movie. In certain scenes a quiet background music can be heard, identical to the one on the Epsilon Program website. The movie is shot in Los Angeles and some scenes are shot near the observatory - which is sometimes linked with Epsilon in the game. The short scene from the movie featuring both reverend's voice and the music can be seen here.

The game takes place in the year 1992; as Cris Formage says that the Earth is 157 years old, that would put its creation at 1835. The supposedly-recent creation of the earth as insisted by the program also alludes to the Young Earth creationism beliefs, in which people who believe in it claim that the Earth is much younger than what scientists state.

The Epsilon Program plays a major role in a series of optional side missions in Grand Theft Auto V, where Michael De Santa becomes part of the cult.

In July 2012, Rockstar created the EpsilonismToday twitter account, teasing the cult's appearance in GTA V. In December, Rockstar released for sale two t-shirts with the game's logo and a third light-blue one saying "KIFFLOM" on the front and "The tract is not yet written" on the back[1]. On April 2013, R* released a newswire page about Kifflom, revealing that 'directions' will be provided within one week[2]. A collection of screens showed off the facts of Kifflom, with one showing a Caucasian male dressed in a light-blue attire. The terrain behind it appeared to be in-game footage. 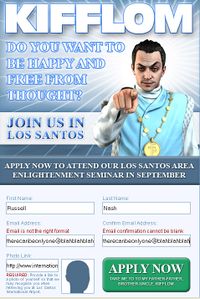 On April 29, R* revealed an application form to enter the "Los Santos Area Enlightenment Seminar", which in reality was a casting call for five Epsilon members in the game. 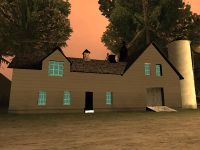 Blue windows of The Cult Farm

One place, "The Farm. Cult location", is shown on the map provided with GTA San Andreas. The farmhouse windows are glowing blue at night, unlike any other window in the game which glow yellow.

Another place associated with cult is located near The Big Ear. When looked at closely, the pattern of light and dark areas of sand form an image very similar to the one featured on the web-site, and indeed looks like a face of Krant's descendant. There are ghost town and abandoned vehicles nearby, which made the theory that Epsilon is somehow connected to this place even stronger.

There is a house in the desert, which was connected with Epsilon by various people. It is so-called "bunker", which is located west of the abandoned airstrip. The house is interesting, because there are no people or cars nearby - the force of Epsilon is believed to keep them away and only cult members can go closer. The house was featured in famous 4 AM series.

Many people have claimed seeing a yellow entrance triangle in the sky over the Cluckin' Bell take-away in the desert, which is believed to be the entrance to the Puerta Amarilla Valley, which means Yellow Door Valley in Spanish. However, as can be seen from this video all triangles lead to abandoned houses, which supposedly were made to be used in burglary missions, but later were taken out. (Note: There are at least four markers high above the sky in the desert. These are difficult to see during gameplay as they are above the ceiling height limit for aircraft. These markers lead to unused interiors and are thought to be test markers as the names of two of the markers are S1TEST and OFTEST).

The Epsilon website gives players the opportunity to "become one of the children of Kraff" by visiting a particular location:

Join us in something special and become one of the children of Kraff.

Travel through the dawn to the pass pictured in our brochures. Look for a red truck with a dent on the right fender. Raise your left hand and recite the words: "Take me to to my father-father, brother-uncle. Kifflom." We'll do the rest. Because we all know, there is Kifflom and there is Krant, and both be praised.

Travel through the dawn to the pass pictured in our brochures.

Dawn means that it has to be morning or an evening. As there are no brochures available, many refer to Rockstar's book for San Andreas. The only picture taken at dawn there is the picture of Sherman dam. Apparently, it fits the idea ideally, as it is a "pass" at the same time - it links two islands. Another proof of possible connection to Epsilon is the official GTA: SA trailer. First few seconds feature red truck (Walton, not Sadler) travelling across the dam. This is seen by some as a possible hint to the solution to Epsilon secret. "Pass" could also mean a valley between hills or mountains.

Look for a red truck with a dent on the right fender.

There are a number of Sadler trucks, found around San Andreas which have been smashed. One of them can be found next to the fisherman's hut north from the abandoned airstrip, another in the forests of Back o' Beyond, there are few more in other places. Picking the one near the airstrip makes more sense, as it is located most closely to the dam. Please note, that Sadlers always spawn in different colours, so you may want to come back again to make sure you have got a red one.

Raise your left hand and recite the words: "Take me to to my father-father, brother-uncle. Kifflom."

CJ can raise his hand, if he is aiming his gun and then looks back. In that case the gun will be pointed upwards and so will be his arm. CJ cannot be made to talk, and so no players have managed to make anything happen, nor gain access to the Puerta Amarilla Valley. Also, when using hand-to-hand combat CJ puts his left arm up when he blocks.

In GTA V, Michael is given the same instructions as part of the Seeking the Truth side mission.

There are a number of rumors, most of which are believed don't have any backup. Some popular myths have originated from jblend's blog where he stated a number of things, the most popular being:

Although it is not very plausible, the author claimed to be working for Rockstar, thus making many players looking for number 1 in game or looking for the trees with weird shapes in the woods. It was believed that under certain circumstances you will be able to hear the tree talking; or, once you saw the tree ("number one" in the sequence) everything else will be revealed by the game itself without the need for player's interaction. This is often linked with floating tree, walk-through tree and LOD trees which do not have anything to do with Epsilon.

A noticeable fact is that jblend's statement appeared a few weeks prior to official release of San Andreas on PS2.

Another famous rumor describes what you have to wear (or to do) in order to trigger the mission start.

Having a cane in weapons slot seems to be based on another Cris's quote: "Touch my cane" which he orders Lazlow to do.

In the teaser video, which can be found on The official GTA SA web-site under Media>Video>First trailer a red Walton can be seen driving across the Sherman Dam. This enforces the speculated theory that the Dam is the pass mentioned on Epsilon web-site and that this is somehow related.

the many blue lights that can been seen at night e.g inside the barns at EasterBoard Farm, at the side of hill on the west side of Blueberry Acres, under the bridge at the south end of Blueberry and the truck terminal also in the south end of Blueberry. The surprising thing about the Red County Truck Terminal is that it is the only place in the whole of San Andreas that has the words red and truck, this could be another reference to the red truck that is mentioned on the Epsilon website .

Door in the Sky

The Yellow door secret is explained in the Epsilon Program article.

The doors in the sky are actually yellow markers that allow you to walk through and end up inside of a building.

The only two yellow markers that are found in the sky are above Cluckin' Bell in the desert. They are far up in the sky and only reachable with cheats or hacks.

Retrieved from ‘https://www.grandtheftwiki.com/index.php?title=Epsilon_Program&oldid=400296’
Categories:
Cookies help us deliver our services. By using our services, you agree to our use of cookies.