Redsands West as viewed towards the northeast in GTA San Andreas. 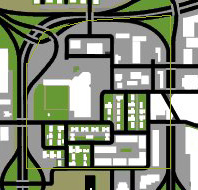 Redsands West is a neighborhood in Las Venturas, San Andreas. It is bordered by the districts of Whitewood Estates to the west, Prickle Pine to the north, and Redsands East to the east. 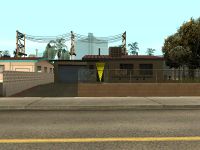 The exterior of the Redsands West Safehouse.

Redsands West provides great access to other places, because the district is nearby numerous means of transportation; Las Venturas' two main freeways, the Harry Gold Parkway and the Julius Thruway service the area. The Pilson Intersection is northwest of the district, although it does not really service Redsands West. Also, to the immediate south of the district, is the Las Venturas Airport, providing flights from Las Venturas to either Los Santos and San Fierro, and vice versa.

Redsands West can be described as a residential, industrial, and commercial district. It houses an abattoir, some businesses, some homes, and even a casino and a baseball stadium for recreation, making it an ideal place to live in. 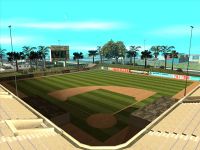 A view of the Las Venturas Bandits Stadium in Redsands West.

Retrieved from ‘https://www.grandtheftwiki.com/index.php?title=Redsands_West&oldid=415580’
Category:
Cookies help us deliver our services. By using our services, you agree to our use of cookies.