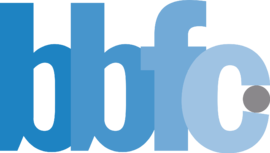 The BBFC (British Board of Film Classification) is a film and video game classification system used in the United Kingdom. All Grand Theft Auto games have been scrutinized by the BBFC and each one has been given an 18 rating. No Grand Theft Auto games have ever been re-rated or considered for re-rating, unlike in Australia where the OFLC re-rated Grand Theft Auto: San Andreas after the Hot Coffee debacle. The first edition of the game was also re-rated in the USA where the ESRB decided that an AO rating was needed.

Recently, the BBFC banned another Rockstar Games publication, Manhunt 2 in, the UK. [1] It is currently the only game to have been banned by the BBFC, after Carmageddon had its ban overruled in 1997. Manhunt 2 was later released on PSP and PS2 with a 18 rating.

The BBFC can give one of a number of graphical representations to a film or video game, all of which suggest a different age that is 'fit for viewing'. It's ratings are among the most easy to understand of all rating systems, as unlike the ESRB and CERO which use a lettering grade, the upper age limit ratings for the BBFC are simply numbers, making it obvious to the audience how old you should be.

Where an age restriction is specified (such as 18), this means a person under that age is not permitted to buy or rent that film/game, nor can they watch/play it in public. The ratings cannot control what adults let their children watch at home, so it is not illegal to watch or allow to watch, but the age guidelines are designed to be understood by parents so they can make informed decisions.

Wikipedia has an article on:
BBFC

Note 1: Grand Theft Auto Advance was not rated by the BBFC as it did not feature material which PEGI does not cover. PEGI gave the game a rating of 16+, making it the lowest rating GTA game.

Note 2: The Grand Theft Auto: London 1961 expansion pack does not have a rating as no retail version was ever made, it was never sold, only distributed for free via the official GTA London website.

Retrieved from ‘https://www.grandtheftwiki.com/index.php?title=BBFC&oldid=348383’
Category:
Cookies help us deliver our services. By using our services, you agree to our use of cookies.