All software goes through development stages, and Grand Theft Auto: San Andreas is no exception. This article lists all contents cut from the final release of the game, planned contents that did not make it into the final game, and contents that are in the final game but are made inaccessible. These contents range from deleted vehicles and player skins to the removal of entire characters and mission strands. Information about these contents can only be inferred from game files, pre-release screenshots and videos, previews, and interviews with Rockstar's producers. 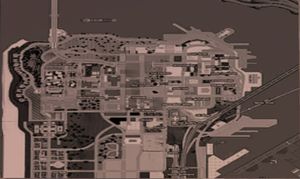