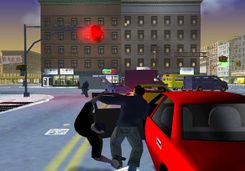 Claude carjacking a motorist in Chinatown, in the beta version of GTA III (from the Car Jacking Back in Vogue Liberty Tree article)

Liberty City has, in 2001, a rampant crime rate and is known as the "worst place in America" because of this. The main problem for the city is the organised crime, and in particular the problem of gangs. The city has also had problems with specific individuals, namely Carl Johnson in 1992, Toni Cipriani in 1998, Mike in 2000/2001 and Claude in 2001. The Liberty Tree and radio stations document the criminal acts occurring in the city and the resulting consequences. These include the Liberty City Police Department introducing helicopters, paramedics threatening to go on strike, and prosecuting criminals (such as Salvatore Leone between 1998 and 2001).

According to the FBI, residents of Liberty City "were 38% less likely to be a victim of a violent crime than the rest of the nation, unless those crimes included mugging, murder, car jacking or assault". Whilst the Liberty Tree reports that between 2000 and 2001 "part I" offenses (murder, rape, robbery, aggravated assault, burglary, larceny, grand theft auto and arson) went up 11%. They also report that "Violent Offenses (Murder, Rape, Robbery, and Aggravated Assault) are up 73% and murder has increased four fifths from last year's 23% of what it had been previously". In a second article, the Liberty Tree also reports that car jackings increased by 80%. Francis International Airport is also described as "a center for Smuggling".

Liberty City was, until 1998, primarily controlled by three Mafia families: the Leone Family, the Forelli Family and the Sindacco Family. During 1998 Toni Cipriani, of the Leone Family, weakened the Forelli and Sindacco families to the extent that they were forced to give up the territories they held in the city. Many new gangs entered the city: the Liberty City Triads, Colombian Cartel, Yakuza, Diablos, Southside Hoods and Uptown Yardies. 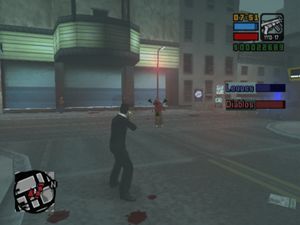 In Portland the Forelli Family, in 1986, is shown to have some influence in Saint Mark's, holding an important meeting about the future of Tommy Vercetti in the districts bistro. The Leone Family, in 1992, are shown to have influence in Saint Mark's (where the family's Don, Salvatore Leone, resides) and in the Red Light District (where Luigi's Sex Club 7 is located). In 1998, the setting of GTA Liberty City Stories, shows the Leone Family having control of Saint Marks, Harwood and Chinatown. The Sindacco Family are shown to have control of the Red Light District and Hepburn Heights, whilst the Forelli Family have no district under their control. Toni Cipriani begins to attack the Forelli and Sindacco families and their businesses, pushing the Sindacco Family out of the Red Light District and Hepburn Heights, and stopping them pushing in on Chinatown. Toni manages to force the Forelli and Sindacco families out of Portland. However, Salvatore and Toni are then forced to leave for Staunton Island, allowing the Triads to take over Chinatown and the Diablos to take over Hepburn Heights. In 2001, the Leone Family have lost their control of the Red Light District, although they still have influence in the district. Other than this, however, no other territory changes. 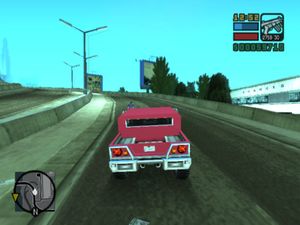 On Staunton Island, the Forelli Family are shown, in 1998, as holding the Fort Staunton, Newport and Belleville Park districts, whilst the Sindacco Family had control of the Torrington district. The Yakuza also have influence in the district, with the Big Shot Casino. Toni Cipriani then begins to attack the two Mafia families on Staunton Island, forcing the Sindacco Family out of Torrington, before forcing the Forelli Family out of Newport and Belleville Park. Toni's actions allow the Uptown Yardies to take Newport, although Toni later has to hold off an attack from the Sindacco Family. Later on, on orders from Donald Love, Toni destroys the Fort Staunton district, forcing the Forelli Family out of Staunton Island. Salvatore is later arrested and taken to the police station in Pike Creek on Shoreside Vale, and Toni follows him. This allows the Uptown Yardies to maintain their stronghold in Newport, and allows the Yakuza to take over Torrington and Aspatria. By 2001, the Colombian Cartel take over the Fort Staunton district, which is being redeveloped by the Cartel front Panlantic Construction Company. 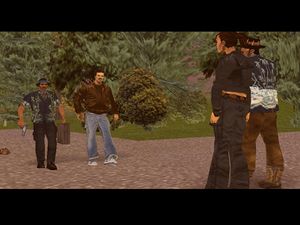 Claude, shortly before attacking the Colombian Cartel (from The Exchange)

On Shoreside Vale, in 1998, the Forelli Family are shown to hold the Wichita Gardens district whilst the Colombian Cartel hold Cedar Grove. The Yakuza are also shown as holding Pike Creek. Toni Cipriani, on orders from Salvatore Leone, helps the Southside Hoods take control of Wichita Gardens. The Colombian Cartel, in 2000/2001, are shown as taking Francis International Airport with Cisco, the Cartel Boss, basing himself at the airport. By 2001, however, the Cartel lose their influence at the airport and the Yakuza lose their influence in Pike Creek.

Retrieved from ‘https://www.grandtheftwiki.com/index.php?title=Crime_in_Liberty_City_in_GTA_III_Era&oldid=417051’
Category:
Cookies help us deliver our services. By using our services, you agree to our use of cookies.