Staunton Island is the longest and most populous borough of Liberty City, with appearances in Grand Theft Auto III, Grand Theft Auto Advance and Grand Theft Auto: Liberty City Stories. Is located between Portland and Shoreside Vale as the city's central borough, in where commerce is plentiful, composed mostly of business buildings and weapons can be acquired from two different stores: one selling regular weapons available to many, and the other selling militia-style or army-type weapons available to only soldiers.

Staunton Island is depicted as Liberty City's "central business district", where inhabited the largest cluster of residential skyscrapers in the entire city, besides the commercials. There are also residential areas in the island such as Newport, Belleville Park and Fort Staunton in 1998. In 1998 is the home of at least two Mafia families: the Sindaccos and the Forellis, besides has its very own casino owned Yakuza. Staunton Island includes landmarks based on the real landmarks of New York City´s Manhattan, consisting of a high-rise downtown in the southern part, a high-rise Midtown in the Center and a much smaller skyline in the northern part or more of the Uptown.

Panorama of Staunton Island, with most of skyscrapers.

Staunton´s Island is the home of skycrapers and buildings on Liberty City, since it is the island which houses most of this architecture. Staunton Island does not have too many buildings as is its real life counterpart "Manhattan" or Algonquin, but the buildings are very good in impressive style, besides that many of them have some similarities with real life, both New York and elsewhere.

Being largely a commercial center, Staunton Island has few open recreational areas. The most notable areas are: 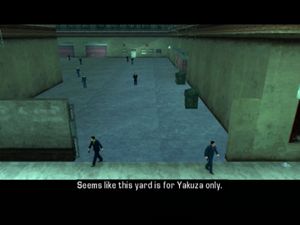 On Staunton Island, the Forelli Family are shown, in 1998, as holding the Fort Staunton, Newport and Belleville Park districts, whilst the Sindacco Family had control of the Torrington district. The Yakuza also have influence in the district, with the Big Shot Casino. Toni Cipriani then begins to attack the two Mafia families on Staunton Island, forcing the Sindacco Family out of Torrington, before forcing the Forelli Family out of Newport and Belleville Park. Toni's actions allow the Uptown Yardies to take Newport, although Toni later has to hold off an attack from the Sindacco Family. Later on, on orders from Donald Love, Toni destroys the Fort Staunton district, forcing the Forelli Family out of Staunton Island. Salvatore is later arrested and taken to the police station in Pike Creek on Shoreside Vale, and Toni follows him. This allows the Uptown Yardies to maintain their stronghold in Newport, and allows the Yakuza to take over Torrington and Aspatria. By 2001, the Colombian Cartel take over the Fort Staunton district, which is being redeveloped by the Cartel front Panlantic Construction Company. All events that have occurred in Staunton Island, considered the most dangerous island of the city along with Portland and Shoreside Vale that is the quietest. 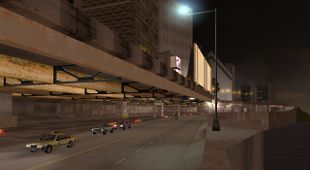 View of the expressway connecting Aspatria with Bedford Point

Some landmarks in Staunton Island are based on the ones in Manhattan, including:

But there are other benchmarks that will echo elsewhere in USA, as: 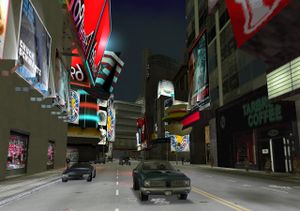 Bedford Point, a district with many ads and business

Staunton Island is the center of commerce in the city. Notable businesses include:

Apart from these businesses, there are many more on the island. 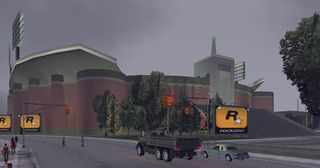 Retrieved from ‘https://www.grandtheftwiki.com/index.php?title=Staunton_Island&oldid=417045’
Categories:
Cookies help us deliver our services. By using our services, you agree to our use of cookies.