For the vehicle in GTA IV and GTA Chinatown Wars, see Dukes (car).

Dukes is a borough of Liberty City in Grand Theft Auto IV. Whilst it only contains eight out of the city's sixty five neighborhoods, the Dukes neighborhoods themselves are large, meaning that the borough is fairly large, being equal in size, if not, slightly larger than its neighboring borough Broker, it has an estimated population of 1,418,844. Its real-life archetype is Queens. Dukes wasn't named after the position Duke, but named Dukes (as in "Dukey", or poop) because "the people in the area smelled like shit", according to "The History of Liberty City Part One" on CNT. Streets in Dukes are named after major battles in US history, such as Concord Avenue, Bunker Hill Avenue, Yorktown Avenue, Saratoga Avenue, Ticonderoga Avenue and Stillwater Avenue. The borough is spread across two islands. Seven of it's eight districts are located on the Broker/Dukes mainland island, whilst the Charge Island neighbourhood is located on Charge Island to the west.

The real Queens is the largest of five boroughs in the city of New York, mostly residential, very ethnically diverse and is home to both of the city's major airports, John F. Kennedy International Airport and LaGuardia Airport. The Queensboro Bridge connects Queens with Manhattan (New York County). The borough of Queens is coterminous with Queens County. The Queens County borders with New York County (Manhattan), Bronx County (Bronx), Kings County (Brooklyn), and Nassau County (not part of New York City).

Dukes and Broker are the only boroughs in the metropolitan area to share an island. All other boroughs are separated by waters.

Map of Dukes in Liberty City

Dukes consists of eight, large, heavily-populated neighborhoods and has the second-highest population behind Algonquin.

The character of Dukes varies considerably across its neighborhoods. It has the most green space out of all the boroughs in Liberty City which is particularly concentrated around the districts in the north of the borough such as Meadows Park, and western parts of Francis International Airport.

The main urbanized district of the borough is East Island City which is centred around the Dukes Boulevard thoroughfare. It contains both modern business land use. It consists of a Bank of Liberty chain, the National Union of Contemporary Arts and the LC24 Tower in addition to declining industrial areas in the neighborhood's southern reaches, where it merges with Broker. Charge Island is Dukes' other industrial centered local. Commercial shopping areas are centred around Camden Avenue in Cerveza Heights, where the majority of shopping outlets are independent ethnic businesses, as well as Saratoga Avenue in Willis where there is a Shopping Mall as well as the presence of chain business outlets. Cerveza Heights can be considered the neighborhood of central importance in Dukes, with the presence of the borough's medical and policing services on Livingston Avenue as well as the housing of Huntington Street LTA, an important Subway station providing a crossover interchange between the two loops of the 3/8 Broker Line.

Some parts of Dukes could be considered leafy, quaint and expensive suburban locales. These are mainly focused around Meadow Hills, Meadows Park and parts of Willis. Dukes' only housing projects are the Steinway Projects which are located along Yorktown Avenue in Steinway.

Francis International Airport is Dukes' largest district and obviously serves as the center for aviation in Liberty City.

Like the real-life archetype of Dukes, the borough shows evidence of much multiculturalism. The communities often noted for a strong ethnic identity in Dukes include: Irish/German Steinway, Italian/Hispanic/Chinese Cerveza Heights and Jamaican/Caribbean Willis.

Places of Interest in Dukes 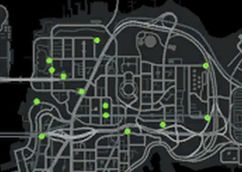 Wikipedia has an article on:
Queens
Retrieved from ‘https://www.grandtheftwiki.com/index.php?title=Dukes&oldid=399841’
Categories:
Cookies help us deliver our services. By using our services, you agree to our use of cookies.