Katie "Kate" McReary (Irish: Cáit Nic Ruairi) is a 28 year old character in the HD Universe and one of the love interests of Grand Theft Auto IV protagonist Niko Bellic. She is the sister of Patrick, Francis, Gerald and Derrick McReary, and the daughter and youngest child of Maureen and an unnamed father. She works at the community center in Dukes. At first, Packie tells Niko to stay away from her, but later encourages Niko to go out with Kate. She holds traditional values, and according to Patrick, "she won't put out". Despite this, the player is still given the option to try and join Kate inside.

According to Patrick, Kate witnessed several bloody fights between her brothers; seeing Gerry beating Francis was a traumatic childhood experience for her (she was in therapy for quite a while). Over time she has apparently become accustomed to living close to violent crime, liking Niko despite disapproving of his lifestyle. In extreme contrast to all his sons, Mr. McReary had an excellent relationship with Kate and was pretty much never angry at her. She plays a pivotal role at the end of GTA IV's story.

Kate is a bit more complicated to date than the other girlfriends. She prefers Niko to wear clothing from Modo. Her activities are also limited as well, seeing as how she does not like to go bowling, or see a show at both Perestroika and Split Sides. As stated before, no matter how many times you try to "try your luck" at the end of a date, the player will never be invited inside because she only considers Niko to be a friend.

Kate's ultimate fate depends on Niko's decision to either do the deal or exact revenge, however only one ending is canon to the series. 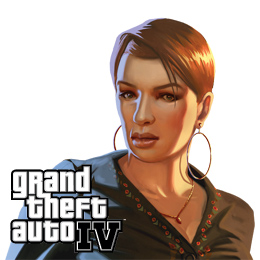