Aside from the amusing interactions between Niko Bellic and the women he dates, there can be several in-game benefits to starting a relationship with any of the datable characters. Putting in a little bit of time to raise the fondness of the girlfriends can unlock their "special abilities"; these can help in particularly difficult missions late in the game.

Like the other relationships that Niko has with his friends in GTA IV, favor can be gained with girlfriends by taking them to different venues around the city. Unlike the male friends, however, dating is more than just worrying about the venue. To have a successful date Niko must cater to the women's tastes in three areas; clothing, vehicle, and how fancy the date is. Each woman has different tastes and will respond accordingly. (However, wearing the wrong clothing or having the wrong car doesn't actually result in a date failing, only that the girlfriend makes negative (or snide) comments.) Assuming no failed dates, Niko can usually get to enjoy "coffee" (i.e. a sexual encounter) with the girlfriend at the conclusion of the second date, with the exception of Kate, who will never allow the relationship to reach that point no matter how many times she is dated.

Reaching 100% fondness with all five girlfriends is not required to achieve completion of the game. 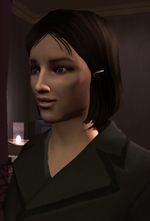 Michelle is introduced by Mallorie Bardas during the mission Three's a Crowd. After completing this mission, Niko is told to purchase some clothes from the Russian clothing store (to impress Michelle), after which he can call her to set up a date. While on a date with Michelle, try not to rear end another car or hit something for if you crash too much, Michelle will not allow you to go inside her place after the date.
Preferences 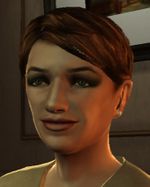 Kate McReary is introduced in the mission Harboring a Grudge. After completing the mission Waste Not Want Knots, Patrick McReary will call to suggest to Niko Bellic to take his sister on a date.
Preferences

After the mission Out of the Closet for Brucie Kibbutz, dates can be set up online through www.love-meet.net or www.craplist.net. 12-24 in-game hours after contacting the girl, she sends Niko an email. The date and time of the first date will be added to the organizer in Niko's phone. The first date is very important as it will determine whether or not the girlfriend will give Niko her phone number so he can continue dating her. If an Internet girlfriend's fondness is raised to a high enough level, her "special ability" is unlocked.

If Niko Bellic has a bad date or does not ask to come inside, the girl dumps Niko. However, wait a few in-game days and they reappear on the site so Niko can try again. 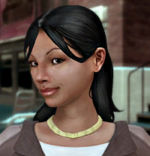 Carmen Ortiz can be met on www.love-meet.net. Her profile name is SoBoHoe. The first date is always at 00:00 (midnight).
Preferences

Kiki Jenkins can be met on www.love-meet.net. Her profile name is LawChick.
Preferences 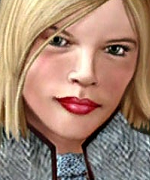 Alex Chilton can be met on www.craplist.net by responding to the "Party girl seeks man for NSA fun and blog material - 29" ad, under "Women seeking men". As the game doesn't meniotn Craplist as a potential resource for dates (only Love-Meet.net is so promoted), Alex could be considered an easter egg.
Preferences

A glitch in the game can make any vehicle damage proof by scaring Niko's date right when she gets in the car (however these properties can randomly disappear at any time). To do the trick, fire a weapon when Niko's date gets in the car (wait for both door-opening and seating animations to pass). With a helicopter, snap off the blades at a height where Niko's girlfriend can get hurt but won't die.

Retrieved from ‘https://www.grandtheftwiki.com/index.php?title=Girlfriends_in_GTA_IV&oldid=417208’
Categories:
Cookies help us deliver our services. By using our services, you agree to our use of cookies.