Due to the increased level of detail, nearly all streets in Grand Theft Auto IV have names, which are are supposedly useful for locating landmarks and completing vehicle-theft missions, however names are not labeled on the in-game map so players need to use the printed, unindexed street map that comes with the game to locate a specific street. There are no street signs visible, either. Many streets and roads in Grand Theft Auto V are also named, but only major highways have signage. GTA V also introduces numbered state and federal highways; however, in-game, they are referred to by their local road name instead of their number, with Route 68 as the only exception. If the player zooms in close enough on the in-game map, street and road names are highlighted beside the neighbourhood name. 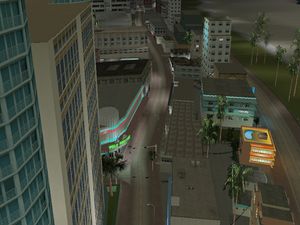 Note: numerous other street names such as Vinewood Boulevard have been attributed to other streets in walkthroughs and other online sources.

Retrieved from ‘https://www.grandtheftwiki.com/index.php?title=Street_Names&oldid=416416’
Categories:
Cookies help us deliver our services. By using our services, you agree to our use of cookies.