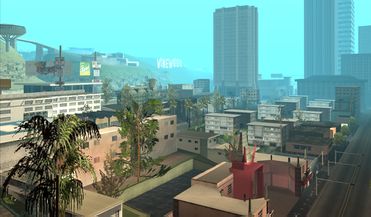 Temple, Los Santos, as viewed to the northeast in GTA San Andreas. 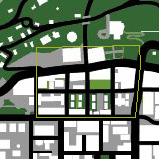 Temple is a district of Los Santos, San Andreas. This middle-income neighborhood is surrounded by the districts of Downtown Los Santos, Market, Mulholland and Vinewood. There are several housing complexes and several businesses located here.

There are three major appearances of the district in missions. These include Sweet & Kendl, Los Sepulcros and Cut Throat Business.