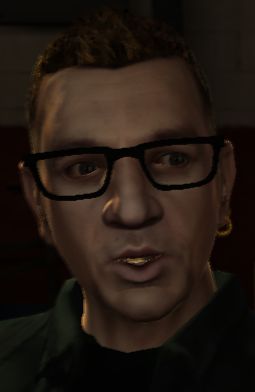 Jay Hamilton is, in 2008, a resident of Liberty City and is working as the cameraman for Manny Escuela. Jay follows Manny, collecting footage for a film, although Niko Bellic breaks one of his cameras. When the film is finished, Manny complains that Jay made him look gay. Jay says that he looked metro-sexual.

Jay later accompanies Manny to Elizabeta Torres' apartment to film and expose her drug related criminal activities. However, Elizabeta kills Manny and Jay in a cocaine-fueled rage. Niko delivers the bodies to a doctor who Elizabeta knows will deal with .

After Jay and Manny "disappear", the documentary team that was doing the story on Manny quickly replace it with a story about Troy, the bouncer at the Hercules night club. This is discovered during the events of The Ballad of Gay Tony.